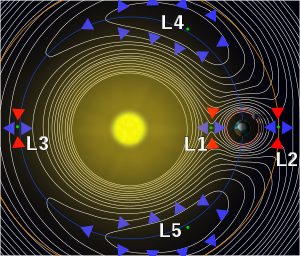 An agnostic at Everything About Society & Culture has a wrong idea. Actually two wrong ideas.

He (she?) asks: I am an agnostic and I believe in the possibility of a god. Iâ€™m just wondering, what proof would people need to see that god exists? Atheists, what evidence would prove to you that a god exists?

The first wrong idea is the implication that there is necessarily a distinction between “agnostic” and “atheist.” There isn’t the former describes one’s stance on knowledge, the latter one’s acceptance of a god. One can admit not “knowing” for sure about a god’s existence or posit that one can “never know” for sure and still be an atheist. An atheist simply doesn’t carry with him a god belief. I don’t believe in a god. I admit that I cannot know for sure -there might be a god hiding on the 5th planet of a solar system orbiting on the far side of a distant galaxy. I have no way of traveling there to see. But I’m not going to waste time believing in that god, and I certainly won’t worship that god, all the while pretending to know what would appease or please it.

The second wr0ng idea this blog author has is that there should be any expectation for an atheist to do the work for a theist by agreeing on what would be legitimate evidence. My answer to either a theist or an atheist would be in the form of a dialog:

Theist: what evidence would prove to you that a god exists?

Me: what evidence would prove to you that gravity exists?

Theist: that’s easy! When I toss a ball in the air, I can always depend on it returning to the earth so that I might attempt to catch in my glove! The ball always returns, therefore gravity exists.

Me: I agree. This adequately proves the existence of gravity -that force that cannot be seen, but clearly exists when we observe its effect on physical objects.

Theist: Okay, so what would be the evidence for a god?

Me: Good question. I can only tell you the evidence for gravity because it exists.

This sort of question comes up a lot during debates between theists and atheists. I appreciate that the author in the link above might be genuine in wanting to discuss the answer, but usually theists areÂ disingenuous. They think the question is some sort of trap and I’ve seen atheists posit evidence like healing amputees. Admittedly, this would be compelling evidence if the healing took place before one’s eyes, but it could also be evidence for advanced, alien technology. Existence of a deity is probably the most extraordinary claim in human history and it, thus, demands the most extraordinary evidence.

There isn’t even the most mundane or ordinary evidence for a god.