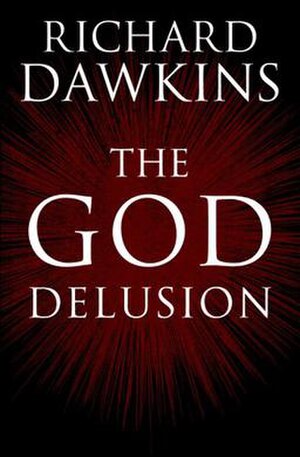 I needed a gimmick to get me writing again, so for the next week or so, I’m going to respond to religio-superstitious writings on the Internet that have the wrong idea about atheists. They’ll probably be short and sweet, but hopefully something might inspire some discussion.

The first Wrong Idea is that of a post at Isaac’s Rainbow titled “The New Atheists and Their Recent Attacks.” The author begins with a mention of recent best sellers by Richard Dawkins and Sam Harris (The God Delusion and Letter to a Christian Nation). I chuckled as the post author freely names the Harris title, but for Dawkins’ he says only, “I didnâ€™t give the title of Dawkinsâ€™ book because the title itself is a blasphemous statement.”

The blog author goes on to associate Dawkins and the New Atheists with a “fundamentalist faith.” I know, right? The same old tu quoque argument that we’ve all heard/read if you’ve been around the culture wars long enough. Its as if some fundies recognize theÂ zealotryÂ of their superstitions and the irrational extent to which they’re willing to go in order to justify them. Then they project that zealotry on their critics. Indeed, this is what the author at Isaac’s Rainbow basically admits to.

He defines “fundamentalist as anyone who is deeply committed to the basic or fundamental doctrines of his or her faith,” but not before accusing the New Atheists as being “a form of secular fundamentalism.”

If this seems like a contradiction, that’s because it is. From the author of this Christian blog, however, it might not seem so. Perhaps the bias and superstition present in the Christian mind cannot perceive of what it truly means to be secular or atheist.

What follows is for the education of such Christians.

Secular refers to the state of being separate from religion. In such a state, faith isn’t relevant, therefore one cannot be “deeply committed” to its “basic or fundamental doctrines.”

Atheist implies, simply, that one is without a god or gods. That one does not have a god-belief. As such a person, faith isn’t relevant, therefore one cannot be “deeply committed” to its “basic or fundamental doctrines.”

As part of his continued projection of his superstitious perspective on the rational, the blog author writes:

This is a gross mischaracterization since I can’t truly think of any atheists who are “deeply committed” about these “accidental collisions of atoms…” he rants on about. I’m a scientist, so I’m certainly educated in and accept the fact of evolution as an explanation of life on our planet, but I’m ready to revise that assumption with evidence that points elsewhere. Mind you, it will need to be a significant bit of evidence given the mountain of evidence that supports evolution. But I don’t think I could be considered “deeply committed” to evolution any more than I am “deeply committed” to gravity and breathing. These are simply facts of life and, like evolution, are independent of my atheism. Atheism and evolution are separate concepts.

The Issac’s Rainbow author pretty much concludes his wrong ideas with another tired canard, but one I truly think the superstitious believe: that atheism naturally implies immorality.

I will say that the atheist worldview gives no real philosophical underpinning for morality. As Dostoevsky wrote: â€œIf there is no God, All things are permissible.â€

One is left to wonder how this author explains the utter failure of religion, Christianity in particular, to solve the very social problems they see as immoral: abortion, divorce, adultery, murder, theft, rape, pedophilia, etc, etc.

The prisons are full of the above. Divorce and adultery among Christians are higher than any other group, particularly that of the godless. Children continue to be molested by priests, Baptist reverends, deacons, etc.

Isaac’s Rainbow’s blog author rightly expresses his offense and consternation at the rude, vulgar behavior of atheists. I feel his pain and have been the recipient of much the same from the superstitious. But, unfortunately, without a god to offer forgiveness or excuse for behavior or lack thereof, all things are not permissible. We are responsible for our own actions and behavior. Something that the religious refuse to accept.

I live my life like its the only one I have. I treat others likewise. Would I call the Isaac’s Rainbow author superstitious were we in a casual or work environment? Of course not. But here, in an intellectual discourse, this description becomes necessary in order to frame the irrationality such people hold.

It’s no wonder such people have the wrong idea about atheists.